People who have their rubbish dumped illegally could face fines of up to £400, even if they do not personally engage in fly-tipping, under proposals being considered by ministers.

The measures are aimed at tackling people who charge householders to take away their rubbish and then dump it illegally. They build on existing powers to issue on-the-spot fines to save the hefty court costs often involved in pursuing offenders.

The Department for the Environment, Farming and Rural Affairs (Defra) said on Friday it was considering responses to a consultation it opened in January, including the proposal that fines could be imposed on anyone found not to have taken “all reasonable measures” to ensure their household waste was dealt with by licensed handlers.

The environment minister, Thérèse Coffey, said: “Waste crime and fly-tipping blight our communities and spoil our countryside and we need determined action to tackle it. [People] must take responsibility for our waste to make sure it does not end up in the hands of criminals who will wilfully dump it.”

According to the Daily Mail, Coffey said she was “determined to stamp out an anti-social crime that blighted the countryside and our streets”.

Under the proposals, householders could be fined if the unlicensed firm they hand their rubbish to goes on to fly-tip it. They would not, however, be held responsible if that firm handed the material over to a third party, which disposed of it illegally.

Announcing the consultation on 15 January, the government said household waste made up “nearly two-thirds of fly-tipped waste”. Ministers said local authorities were only able to prosecute householders in court and suggested a fixed penalty notice would be less costly to enforce. “The government is clear, however, that new fixed penalty notices should not be abused simply as a means of raising money.” 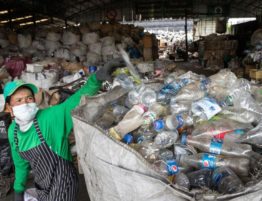 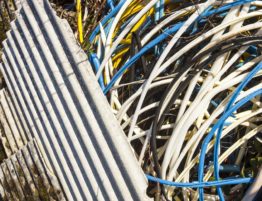